Yuliana Macey: A Voice for Her People

The COVID-19 pandemic has been going on for a little over two years now. During this time, we have seen countless lives lost, especially in the Latino community. MALVEC did not want to see this number go up anymore, and we wanted to do something about it. As we have grown as a coalition, there have been a number of individuals who have become a part of our team and help make a difference. This next person we are going to highlight embodies what MALVEC stands for, and what it takes to be not only a community health worker, but a community hero.

Yuliana Macey has been in the United States since she was 25 years old. She came alone and was starting a life on her own. Coming from Trujillo, Peru, she was in a completely new element and was far from home. It took time for Yuliana to adjust, for she had to learn how to do a lot of things on her own and adapt to a new country. As time went on, Yuliana was able to find a group of other Latina women who were in similar situations such as herself. They actually turned out to be from the same city as she was. These common denominators grew their connection with each other. They group decided to start a nonprofit, called “Fundación Puro Peru”. Yuliana described this nonprofit as, “to move our Peruvian culture, our folklore dance and all of our food.” It was a little bit deeper than that, however. Yuliana went on to also say that they also want to, “educate the next generation, the Peruvian American kids. Show them why we are so proud of the people and our culture.”

About three years ago, Yuliana was brought on to work in a program called “Fortaleciendo Familias”, or “Strengthening Families”. This program was a part of Center of Help/Centro de Ayuda. It was here where Yuliana began to connect with families and help them deal with issues such as drug use, self-esteem, adapting to new culture, etc. Yuliana added that, “you speak to the parents, and you try to teach them how they adapt to these new rules in the United States, because they come from different cultures. It is so difficult for them to raise their kids in the United States.” Yuliana knows a thing or two about having to adapt to a new culture and way of life. She was the perfect person to help these families follow the path in which she did herself.

When the COVID-19 pandemic hit, Yuliana started doing outreach to the Latino community. She would help give resources to Latino families, providing any information about the virus and being a resource to anyone she could. When the vaccine became available, Yuliana began to share information and educate families about it. She felt it was her job to help save lives in her community, so she would do everything in her power to get Latinos vaccinated.

Something that is evident is that Yuliana has a passion for helping others. Her hard work and dedication to fighting for Latinos is beyond commendable. We are proud have Yuliana as a part of our team and are grateful to have so many others that will fight tooth and nail just as she does. It is people like Yuliana Macey that give our community hope and reassurance that we’ll all prosper and come out on top. 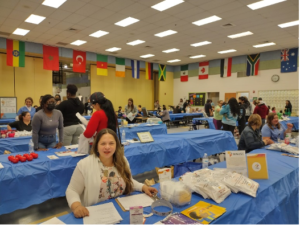 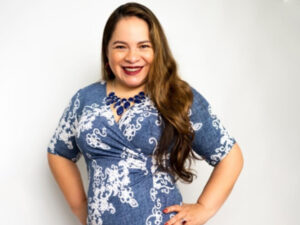